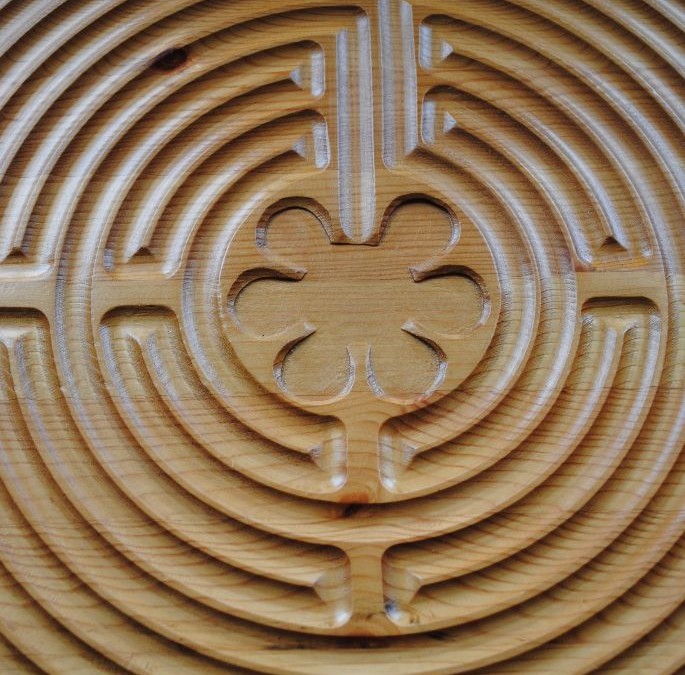 A Circle of Words for Your Heart.

Every once in a while I feel a need to chant some Psalms (all by myself and in dark before the dawn) and I usually turn to an app with the Church of England (contemporary) Morning Prayer. And what do I notice? Friday, March 27 marks the festival celebrating George Herbert. My morning practice also involves circuitous internet searches tracking down some interesting tidbits of one thing or another. I call it seeking soul-knowledge. So I took off after “George Hebert.”

Fascinating guy. He wanted to be an Anglican priest but got sidelined through a friendship with King James I and was drawn into politics serving in parliament. After the death of the King, he renewed his interest in ordained ministry. He served a rural parish but only for three years before dying of consumption at age 39 in 1633.

Throughout his life he wrote religious poetry and compiled it in a collection he called, “The Temple.” He sent it to a friend offering it for publication after his death, if it seemed worthy. Several of the pieces were published as hymns.

Long before Lent began I came across the poem-hymn entitled, “Come, My Way, My Truth, My Life.” I fell in love with its circular pattern without really taking in the words. It’s written by Herbert.

Read it. Out loud is best.

Come, my Way, my Truth, my Life:
Such a way as gives us breath;
Such a truth as ends all strife,
Such a life as conquers death.

Come, my Light, my Feast, my Strength:
Such a light as shows a feast,
Such a feast as mends in length,
Such a strength as makes his guest.

Come, my Joy, my Love, my Heart:
Such a joy as none can move,
Such a love as none can part,
Such a heart as joys in love.

Do you hear the words folding back on themselves and how the word, “Come” acts as a returning invitation? Notice the pattern of three repeated and picked up and deepened.

It’s not a poem to be read with your mind. It invites heart-work.

Spend some time with the words. Go round and round with them.  Hold a phrase in your mouth like one of those old-fashioned humbugs and let it melt into you.

Herbert titled this poem, “The Call.

What phrase inspires, resonates with, or calls to you?

And if you don’t have much time, then just listen to this musical version with all your heart.

(For United Church folk it is in Voices United #628)