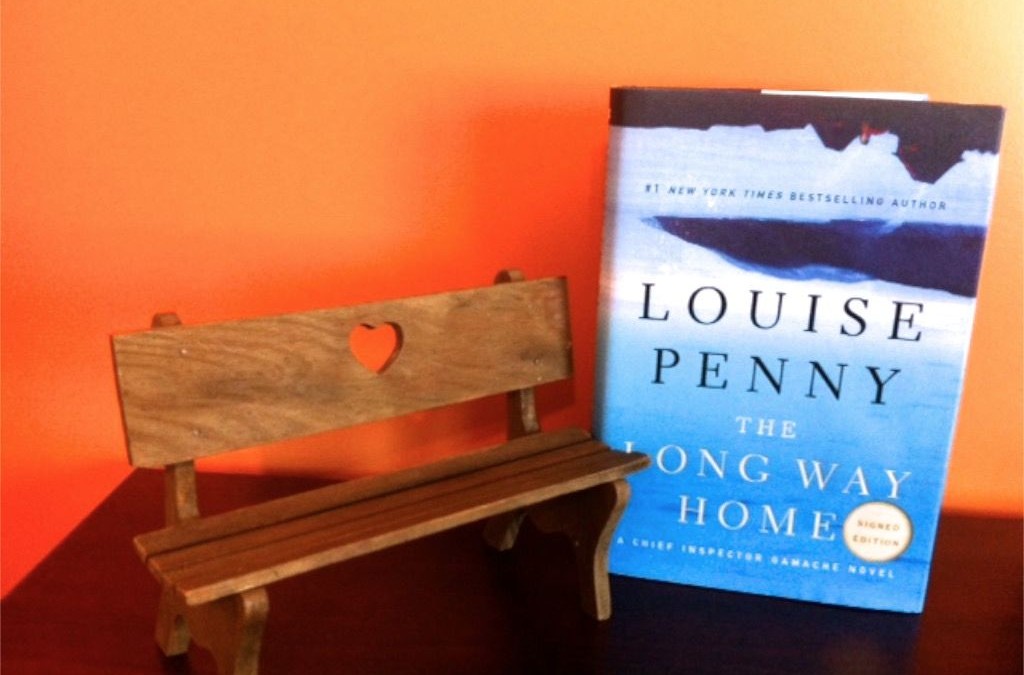 Consider this sparkling dialogue in The Long Way Home by Louise Penny:

Clara asked Ruth: “How do your poems start out?”
“They start as a lump in the throat,” she said.
“Isn’t that normally just a cocktail olive lodged there?” Olivier asked.
“Once,” Ruth admitted. “Wrote quite a good poem before I coughed it up.”
“A poem begins as a lump in the throat?” Gamache asked Ruth. The elderly woman held his eyes for a moment before dropping them to her drink.

The creative process works in all – poets and painters and those deciding what to make for dinner. It is a flow yet it has stages with discernible movements.

It begins with a hard or soft break. A soft break comes from wonder or awe. Something we take for granted dissolves and new meaning meaning begins. A hard break is comes from tragedy or crisis. We are forced to make new meaning.

Robert Frost said something like this:  “A poem . . . begins as a lump in the throat, a sense of wrong, a homesickness, a lovesickness. It is never a thought to begin with.”  Frost is naming breaks in which new meaning has to be found. Poetry gives language.

Later in the book Ruth and Gaumache pick up again on the image.

Don’t get me wrong, I believe in using your head.
But not in spending too much time in there.
Fear lives in the head.
And courage lives in the heart.
The job is to get from one to the other.

And in between the two is the lump in the throat, said Gamache.
Yes.  Most people can’t get over that.

Moving from fear to courage is a huge theme in this book.

I’ll be writing more about the flow of the creative process in the next Prayer Bench newsletter (March 2015). Have you signed up?

You are welcome to sign up  – and you receive a free mini retreat when you do. I write newsletters about twice a month but only when I get over the lump in my throat and have something to say!