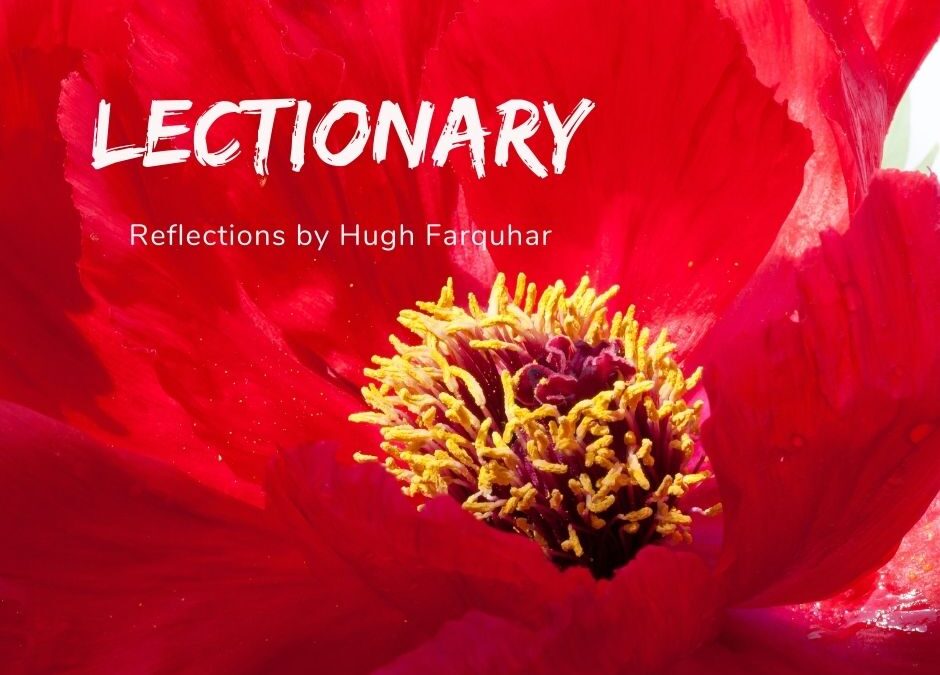 Next Sunday is traditionally called “Christ the King Sunday,” now referred to in my tradition as “Reign of Christ Sunday.” It’s the last Sunday of the Christian Year, a transitional Sunday that leads directly into the Season of Advent.

It’s a way for Christians to say at the close of the Christian Year, “After the entire story is told, after everything is said and done, our fundamental conviction is that Jesus Christ is the One to whom we give our primary allegiance.”

What comes to your mind right away when you hear the word “King?” Isn’t it power and pomp? One calls a king: “Your Majesty.” We think of one who lives in palatial splendour and is distant from common life. Religious art has sometimes dressed Jesus up to look like that – with a crown on his head, a scepter in his hand, a gaudy robe over his shoulders, and the throne of an earthly monarch.

Clearly Jesus was a different kind of king. That conclusion is evident from this Gospel Reading. Pilate, who seems to hold the power, asks Jesus, point blank: “So, are you a King?” Jesus, who seems to be powerless, replies: “You say that I am a king.”

Any way you cut it, he is a strange kind of king and everything about him seems to detract from him being any kind of king.

This King was not born in a palace, but in a barn; did not grow up in privileged surroundings, but in the home of a humble carpenter and his peasant wife!

This King did not rule an earthly kingdom, but invited people into a spiritual one, the characteristics of which were loving and serving God’s dream for the world.

This King’s crown was made of thorns; his scepter was a flimsy reed; his robe was a symbol of the mockery he endured; and his throne was a cross of wood.

In view of this, we must revamp our image of “king.” We see how he identified with common folk, disenfranchised people, the powerless, among them the children, to whom he said, “the kingdom of God belongs.”

In his kingdom – some today like to call it “kin-dom: – everything is upside down where power is concerned. Power is not hierarchical, but circular. Power is people caring for one another. Power is people working hand in hand, not demonstrating the love of power but the power of love. And so, we pray, “Thy kingdom come.”