Not as Mortals See 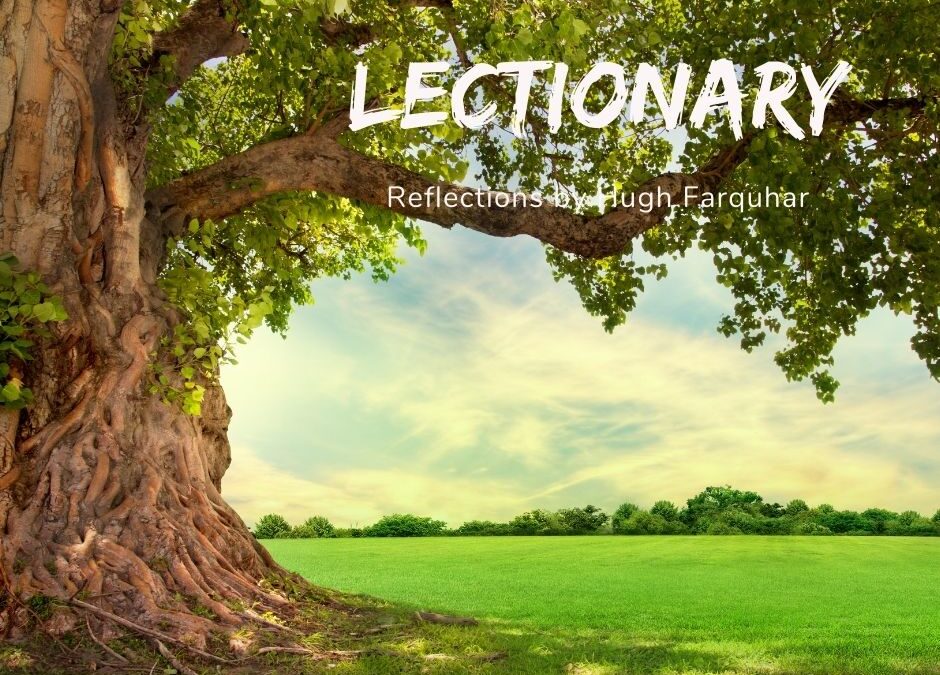 NOT AS MORTALS SEE
By Hugh Farquhar

At this stage in the history of the nation of Israel, the time had come to choose a new king.

Samuel, the prophet, was led by God to the house of Jesse and his unnamed spouse (the Bible can be so sexist sometimes, although a whole book is given to Jesse’s grandmother, Ruth) to select one of his sons as successor to King Saul. Jesse paraded his sons before Samuel, and presented the oldest, Eliab. He was tall, so Samuel chose him because from outward appearance he had a royal bearing.

But something (God in the story) encouraged Samuel to look further, because, as it subsequently came to him, “The Lord does not see as mortals see; they look on the outward appearance, but the Lord looks on the heart.” Jesse presented more sons to the prophet, but none of them fit the bill either. Samuel asked, “Is this it? Are there no more sons?” I love how Jesse’s answer is translated in The Message: “Well, yes, there’s the runt. But he’s out tending the sheep.”  “Go get him,” Samuel said, and Jesse did. Immediately Samuel knew, “This is the one.”

This story belongs to a strand of tradition that runs through the Bible where God works from a different value system than mortals do. Many of us  tend to look on the outward appearance and worship at the altar of externals, but God is concerned with what is inside a person. God does not see as mortals see, but looks on the heart

This strand throughout the Bible exalts ordinary people and often shows God choosing and using people who are unimportant in the eyes of the world for the fulfilling of God’s purposes.

The divine designation of young David as king is the shock-factor in the story, He wasn’t even brought before Samuel as a candidate for king. David, the youngest and smallest, was left out in the field to tend the sheep. Yet he was the one.

In his book, And God Created Laughter, Conrad Hyers calls this biblical motif “collapsing the categories.” He says, “We live in a world that often moves in the opposite direction from the world of the Bible . . . All people and achievements are sorted out on scales of value, whether graded from one to tenor divided by a simplistic use of antonyms – important and unimportant, beautiful and ugly, winners and losers, rich and poor, somebodies and nobodies. . . . We measure personal worth and success by the size of bank accounts and houses, rungs on the corporate ladder, career achievements. We carry about with us a variety of mental yardsticks with which we are constantly measuring everyone.”

Jesus was always collapsing the categories. In the parable of the Pharisee and the Tax Collector, the Pharisee was all about externals. He boasted about himself and his performance as a man of God. Jesus warned about people who “on the outside look righteous to others, but inside are full of hypocrisy.” The tax collector lowered his eyes and humbly prayed from the heart, and he was the one who drew closer to God.

Truly, the Holy, Loving One does not see as mortals see; they look on the outward appearance, but the Holy Loving One looks on the heart.