A Knack for Noticing 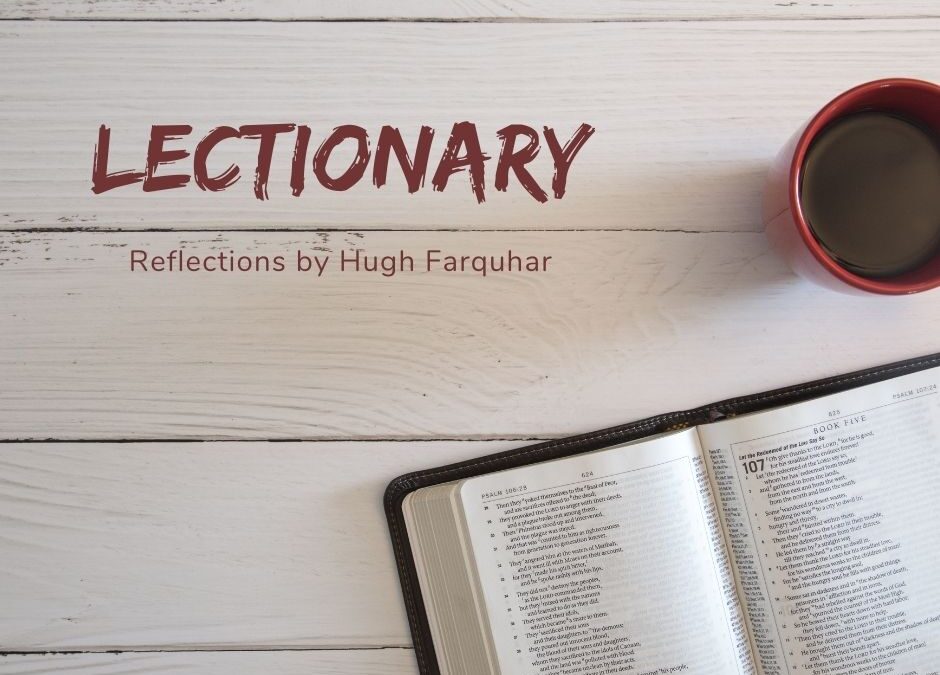 A KNACK FOR NOTICING
By Hugh Farquhar

Jesus and his disciples were in the Temple courtyard in Jerusalem, near where people came to drop their offerings. He saw rich people coming to put their donations into the provided containers. It was a common sight . . . that’s how the Temple and its intricate organization was supported. Some people were taxed according to their income . . . others gave what they could.

Jesus noticed someone coming from the latter end of the spectrum, obviously poor and a widow. He knew that because widows wore special garb that identified them as such. She tossed in two small copper coins – the smallest currency going, which left her flat broke. Jesus said to his disciples: “This poor widow has put in more than all of them; for all of them have contributed out of their abundance (the Greek is actually “leftovers”) but she out of her poverty has put in all she had to live on.”

Sacrificial giving! Is that what the story is about? Is Jesus praising the widow? It has often been interpreted that way. I have interpreted it that way. It is plausible. Germaine to the story is the fact that she was a widow, and that was often not a desirable status in Jesus’ day. It was obviously not for her because she lived in poverty.

Also germane to the story is the context in Mark’s Gospel. I have learned over the years how important it is to look at the context of a passage when trying ferret out its meaning – often to look at what comes just before and what comes just after. In this instance, just before, Jesus was harshly criticizing some of the religious leaders for their corruption. Specifically, he was taking to task some of the scribes. As well as being interpreters and teachers of the law of Moses, they handled all legal matters including property, estates, and contracts.

They were corrupt because, in his words, “they devour widows’ houses.” I’m not sure what that meant, but any way you cut it, it doesn’t sound good. The word translated “devour” means “to consume completely.” It seems obvious that some of the religious leaders encouraged impressionable widows to make gifts beyond their means.

I think it’s not by chance there is this mention of “widows” before the story of this widow, and I’m wondering if the widow was coerced in some way to give what she did. Had she been convinced that it was her duty to give to the Temple all she had to live on – after all “they devoured widows’ houses.” It makes sense to me.

Do we really think Jesus would have been wanting her to give the very last of her money.? Is that the Jesus you know? If he was opposed to the devouring of widows’ houses, how could he possibly be pleased with what he saw here?

Who he noticed was a woman who gave up more than she ought to have been expected to give? The rich gave their leftovers. She gave all she had. That’s what Jesus meant when he said, “all of them contributed out of their abundance; but she out of her poverty has put in all she had to live on.”

Jesus had a knack for noticing such folk . . . and he is the one that Mark wants us to emulate, the One who notices when people are disenfranchised and exploited. I posit that Mark wanted to portray Jesus as an advocate for justice rather than the widow as an example of sacrificial giving.