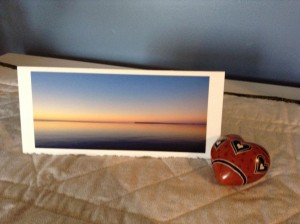 This group of people  gathered by Pix Butt and Heather MacDougall joined together as PRAYER BENCH BUILDERS. I am grateful for their care, enthusiasm and financial support.

“In 15 years you have helped SO many connect “earth and heaven …
We are a small group of the many who say thank you … and want to join you at the Prayer Bench.”

From my heart I thank you.

And a thank you also to my sister, Karen Beaton.